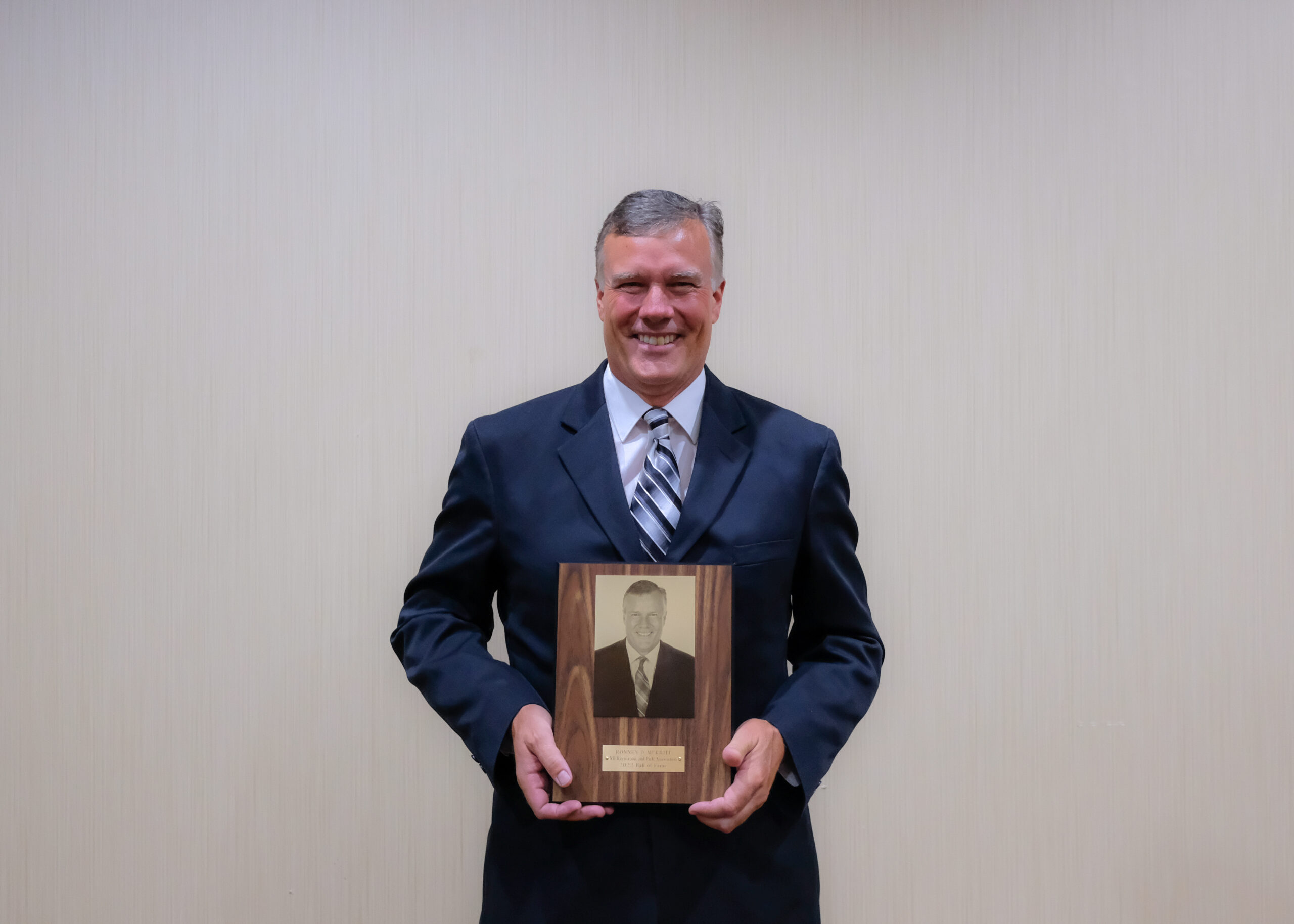 Posted at 08:39h in Uncategorized by madeline

Minot, ND-  This month Minot Parks had the honor of hosting the 2022 North Dakota Recreation and Parks Association Conference in Minot.   Minot Parks Executive Director,  Ron Merritt was inducted into the NDRPA Hall of Fame which is the highest honor bestowed on NDRPA Members.  Ron has been an active member of NDRPA for 17 years and has served the Minot Park District for over 30 years.

In 1991, Ron earned a bachelor’s degree in zoology from North Dakota State University.  He started his career as a zookeeper for Minot Roosevelt Park Zoo, and within six years he became the zoo director. In 2005, he took the position of executive director of Minot Park District.

During his career, Ron has assisted in the completion of the Hoeven Baseball Complex, Roosevelt Pool and Bath House, Hammond Tennis Complex, the combination of the parks and recreation boards, multiple facility upgrades, flood recovery, greenway development, Magic City Discovery Center partnership, and Outdoor Recreation Area Development. As both the zoo director and executive director of Minot Park District, he has earned many honors, including two successful Association of Zoos and Aquariums accreditations for the zoo, the Minot Chamber of Commerce Above and Beyond Award, and the Mayoral Coin. Under his leadership Minot Park District received the 1996 Golden Egg Award for the Penguin Exhibit and the 2009 NDRPA Golden Egg Award for Jack Hoeven Park. Ron received the 2014 NDRPA Fellow Award – now known as the Distinguished Professional Award.

Ron has actively been involved in a number of organizations:  the Minot Chamber of Commerce, Minot Convention and Visitors Bureau, Community Leadership Institute, State Museum Association Board of Directors, Souris Valley Amateur Radio Club, and Minot Rotary Club. He was an AZA Professional Fellow from 1998 to 2005 and attended AZA Directors School in 2000. He is also a certified park and recreation professional and attended NRPA’s Directors School in 2019 and 2022